Retiring from a life long military career deserves a huge amount of respect and honour. To have devoted your life to serving and protecting your country is to be admired, and when the time finally comes to move back into civilian life then both friends and family, and the military family should be celebrating this big event.

If you're looking to send a card to a retiring veteran, or perhaps delivering a speech at a retirement party for someone from the military, then try using one of these military retirement quotes. Unless you've served yourself it can be tricky to know exactly what military life is like, but these quotes do a good job of reaching out to those who have and understanding what it was like. 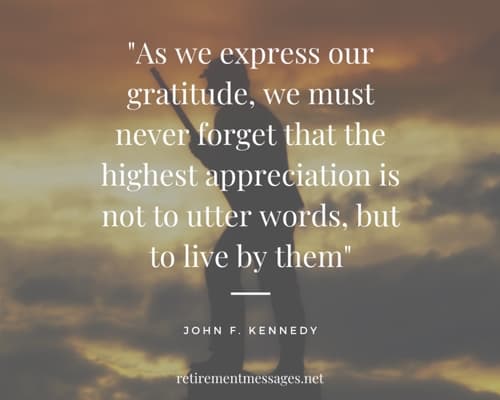 These quotes show your appreciation for those who have served and all they've given as they finally retire.